The TSOC_RS485_EM is a ATMEGA328 based board with integrated RS485 driver, in an Embedded Module format for the new thingSoC, Internet of Things open standard.

The TSOC_RS485_EM allows you to leverage the large amount of software and libraries available under the Arduino IDE for RS485 wired communications protocols. These protocols include the DMX512/RDM Theatre Lighting protocol, the Modbus Industrial and Factory Automation protocol (for using with PLCs - Programmable Logic Controllers for Factory Automation), the Vending Machine Bus protocol for Sales Automation, and many more.

The TSOC_RS485_EM accepts any thingSoC or Mikrobus module, to provide RS485 to almost anything as a bridge, including a variety of input and analog sensors, such as Temperature, Wind, Pressure, Air Quality, and Gases. The TSOC_RS485_EM also accepts a variety of output modules, such as relays for controlling lights, pumps, or motors, as well as stepper motor and other outputs.

The TSOC_RS485_EM connects any thingSoC (or Mikrobus) module to an RS485 compatible interface, including RS-232, RS-485, GSM, GPS, BLTE, motor control, analog sensors, and others. 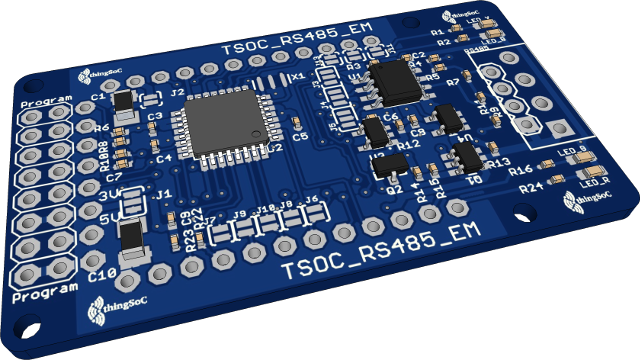 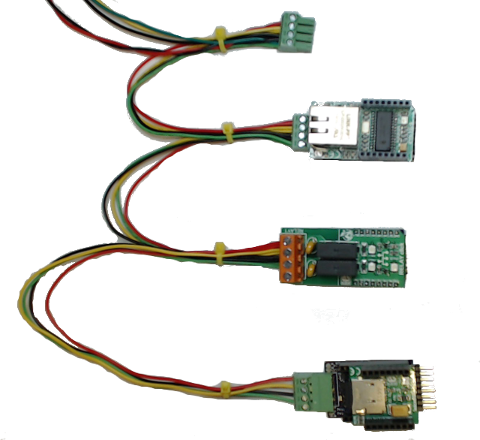 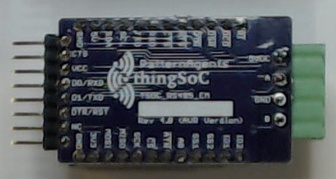